To anyone that knows me, it is no secret that I love to celebrate.
I am not all that great at buying or picking out gifts but I get really into celebrations. I get excited about holidays. It doesn't matter if it is a big holiday (like Christmas) or a little one (like St. Patrick's Day- after all, we aren't Irish). I love doing little things to make special days more special.

For my husband's 40th birthday, I was hard-pressed for time. I could not get to the party store across town. There wasn't time. I had to make due with what I had on hand and what I could pick up at the grocery store.

We had two celebrations. My husband's birthday fell on Wednesday. It was a busy Wednesday, complete with our 13 year old's middle school band concert at night. He was also leaving town at 6 the following morning. We did a little decorating on his birthday and then really celebrated the Saturday afterwards.

On his birthday~
I set out items that turn 40 in 2014 as a table center piece.
Connect Four, Magna Doodles, Hello Kitty, Rubik's Cube, Dayquil, and Postit Notes all turn40 this year. Pop Rocks do as well, but I forgot to put those out. 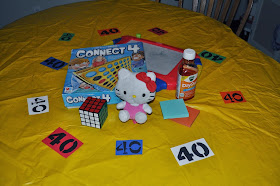 I also set some festive drinks out with a 40th birthday message. It was a fun surprise when he got up to make coffee. 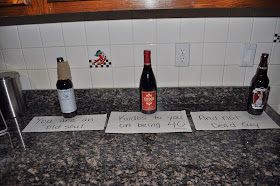 We didn't have much time that night but I couldn't let him go without a cake on his 40th birthday. I made an "Older Than Dirt" cake. It was simple chocolate cake with crushed oreos and gummy worms. It made him smile and the kids loved it. 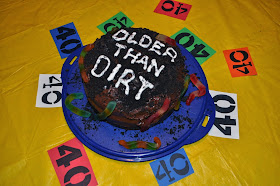 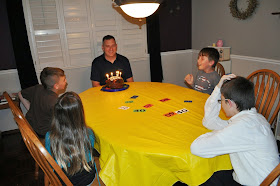 Birthday Celebration~
My kids and I had a grand time making signs for him. Our theme? "Life is a Highway and you better slow down after 40." Alternately titled, "Speed Limit 40."

I'm not even sure why but we already had some caution tape. The kids had fun putting it up around the house. Daddy was greeted with it at the front door when he returned from his out of town trip. 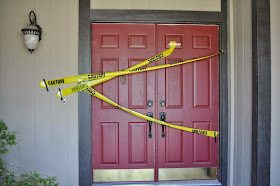 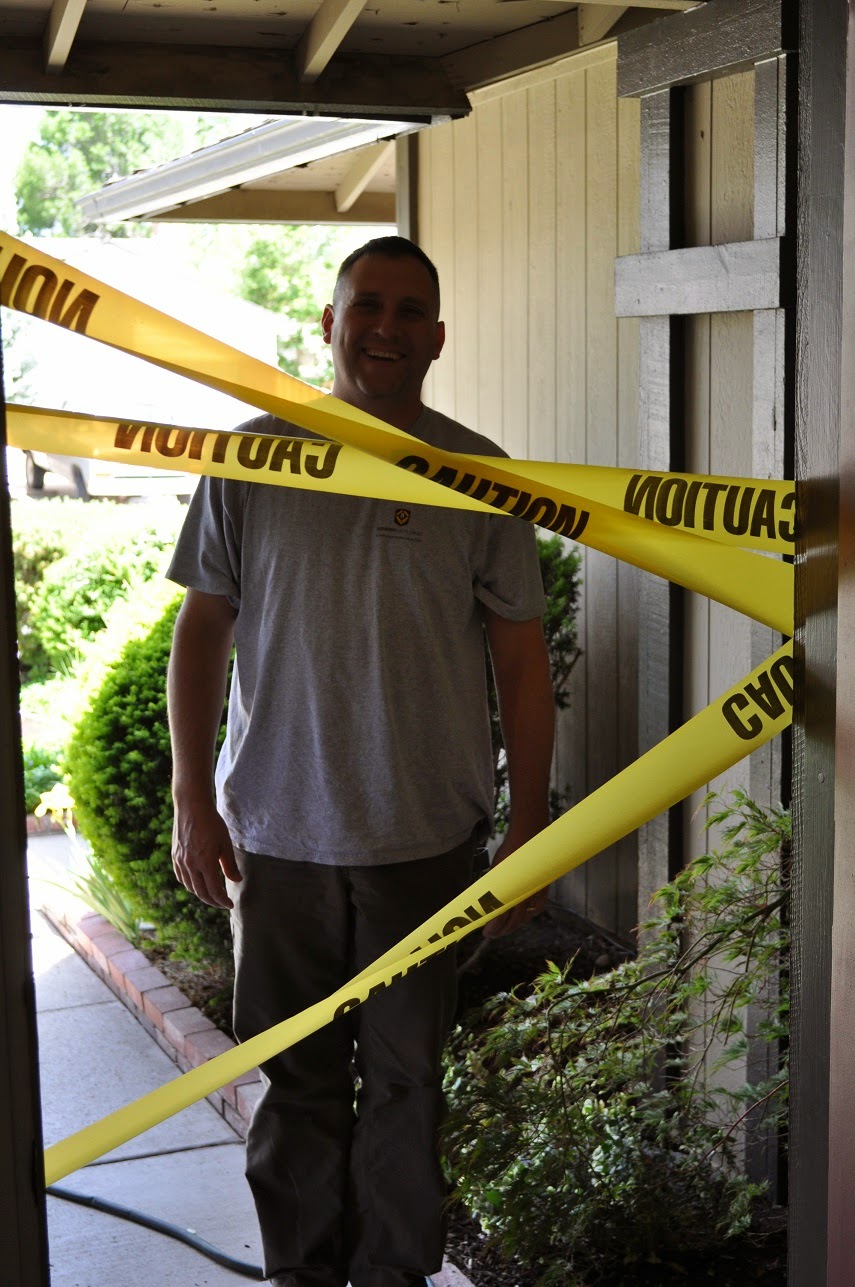 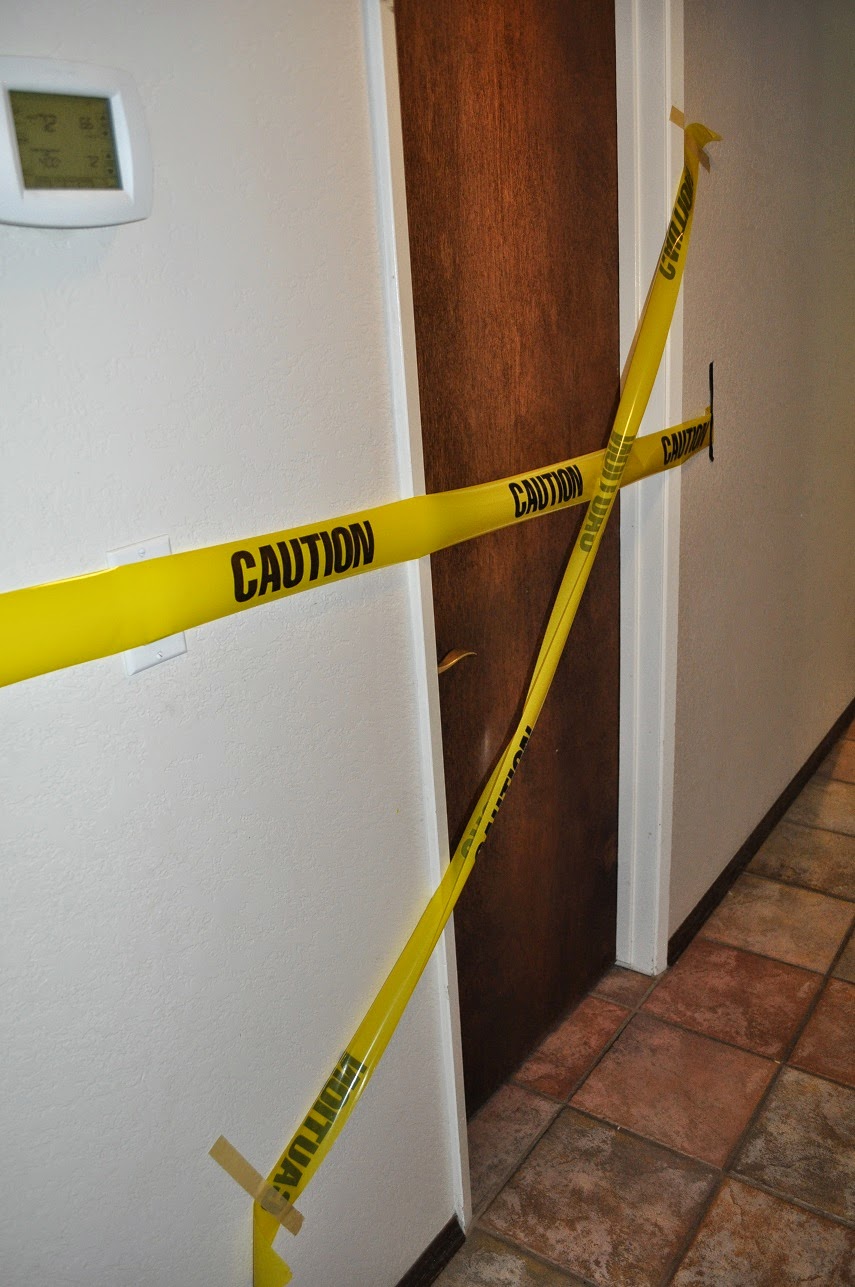 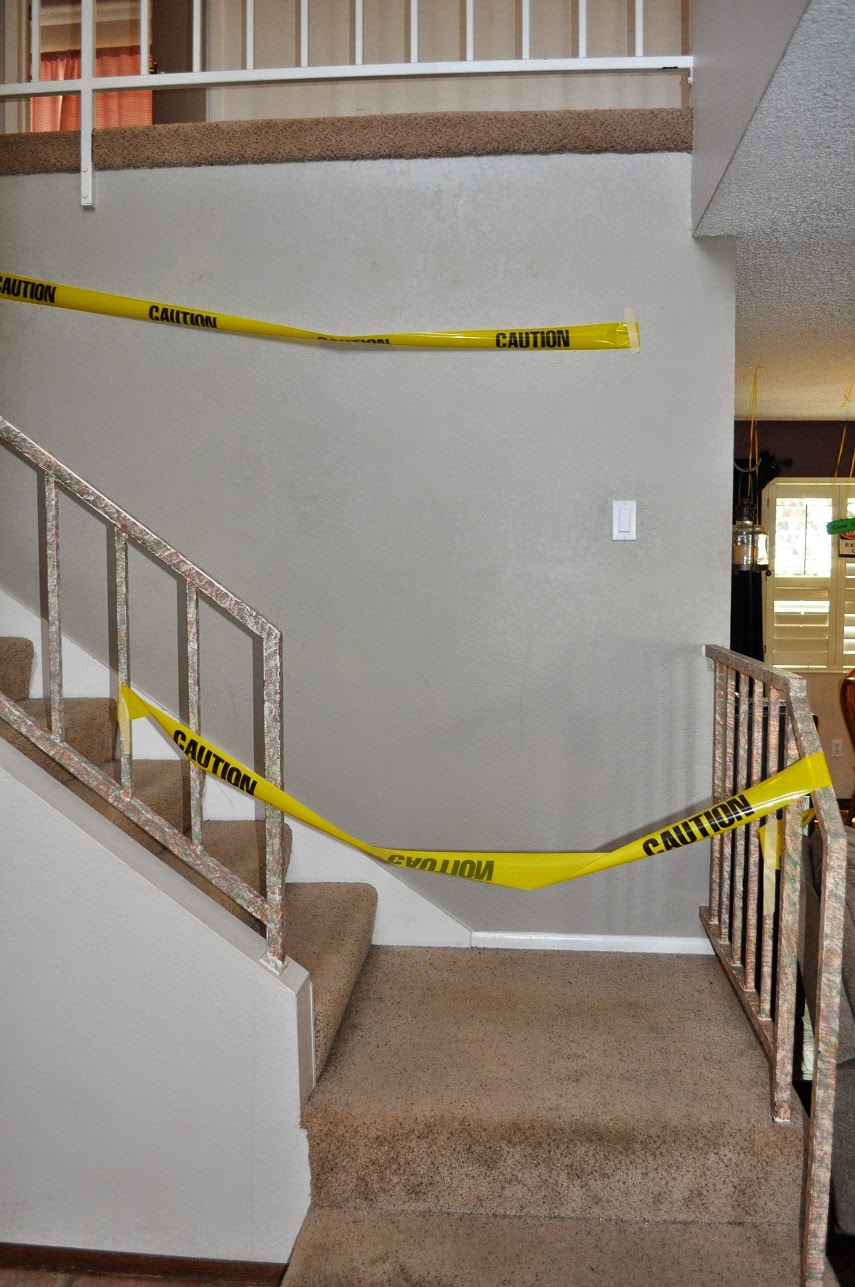 We made him a candy bar birthday poster. It was sweet. 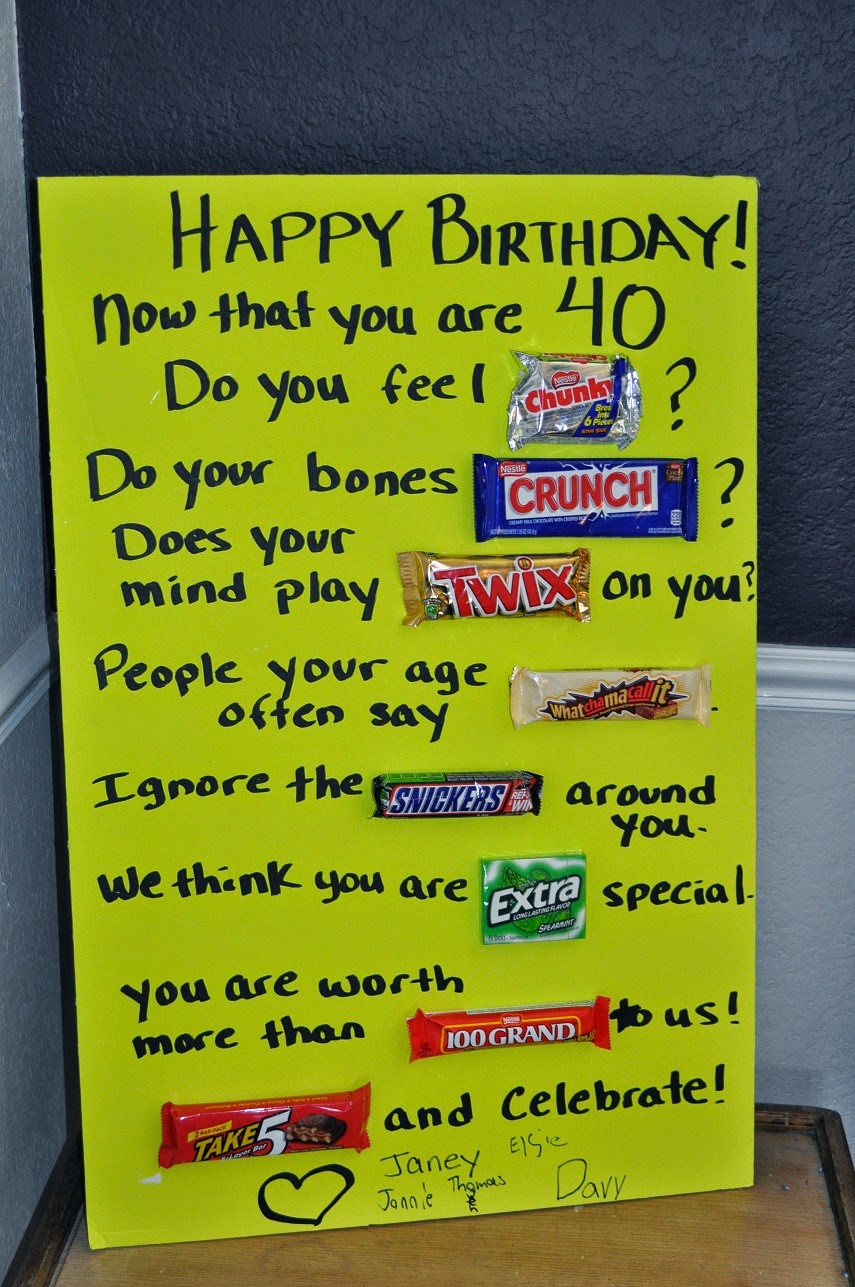 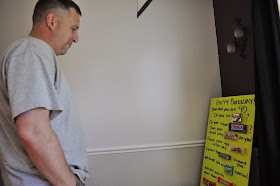 Our decorations had a "Life is a Highway" theme. The kids helped me come up with some of the road sign names. 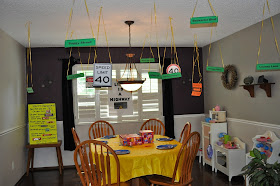 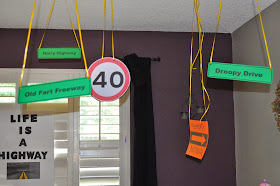 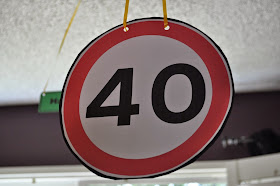 The Danger sign was the kids' favorite. It was really funny when Daddy just happened to be sitting under the sign. We laughed so hard. (I didn't plan that, I promise...)﻿ 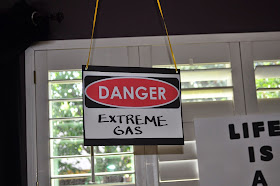 The cake was a blast! I made a "Crap, You're Old" cake. I saw the idea on Pinterest (of course). There are several versions but I liked the one I found on Sew Totally Smitten the best. I made mine based on that cake. I was happy with how it turned out. The kids couldn't wait for Daddy to get home from his trip so he could see the cake. They were over-the-top excited. The response from my husband hilarious. 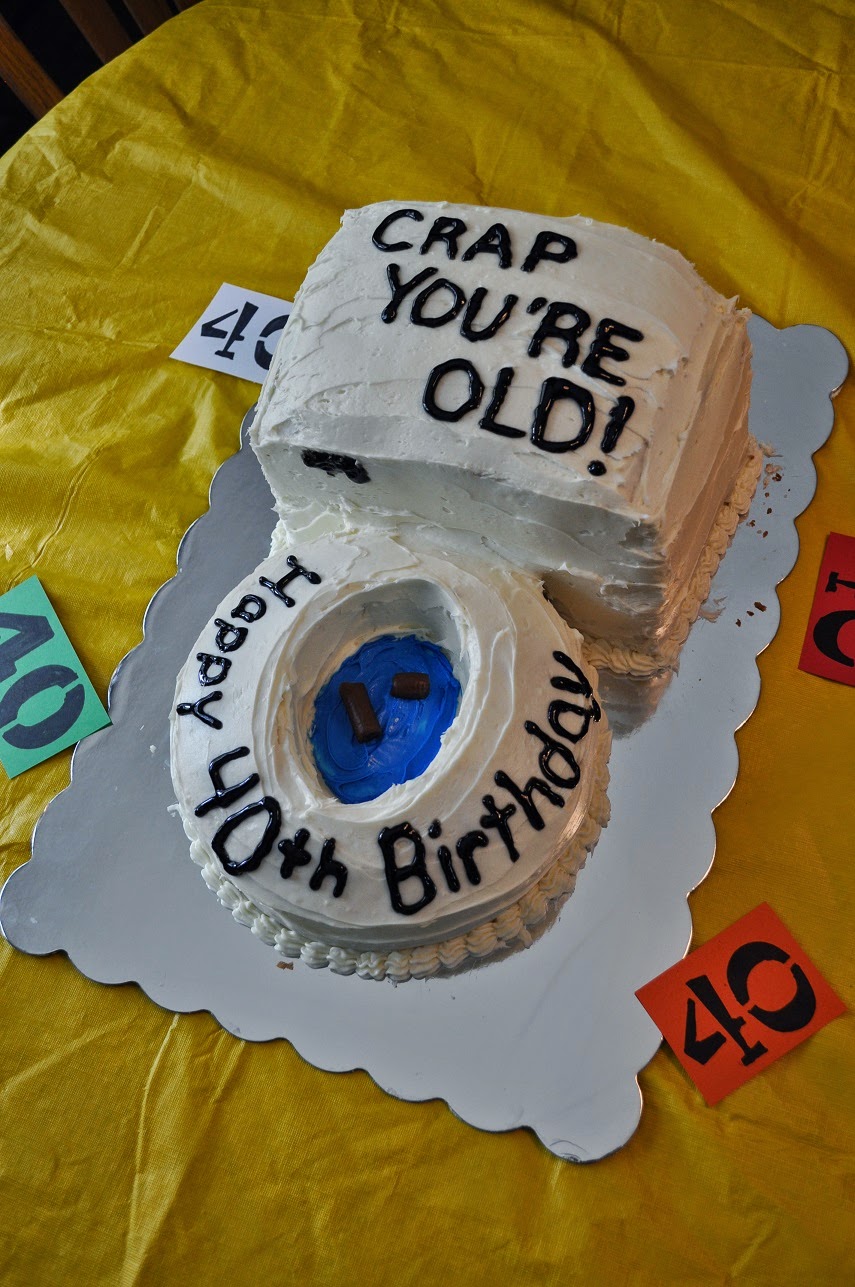 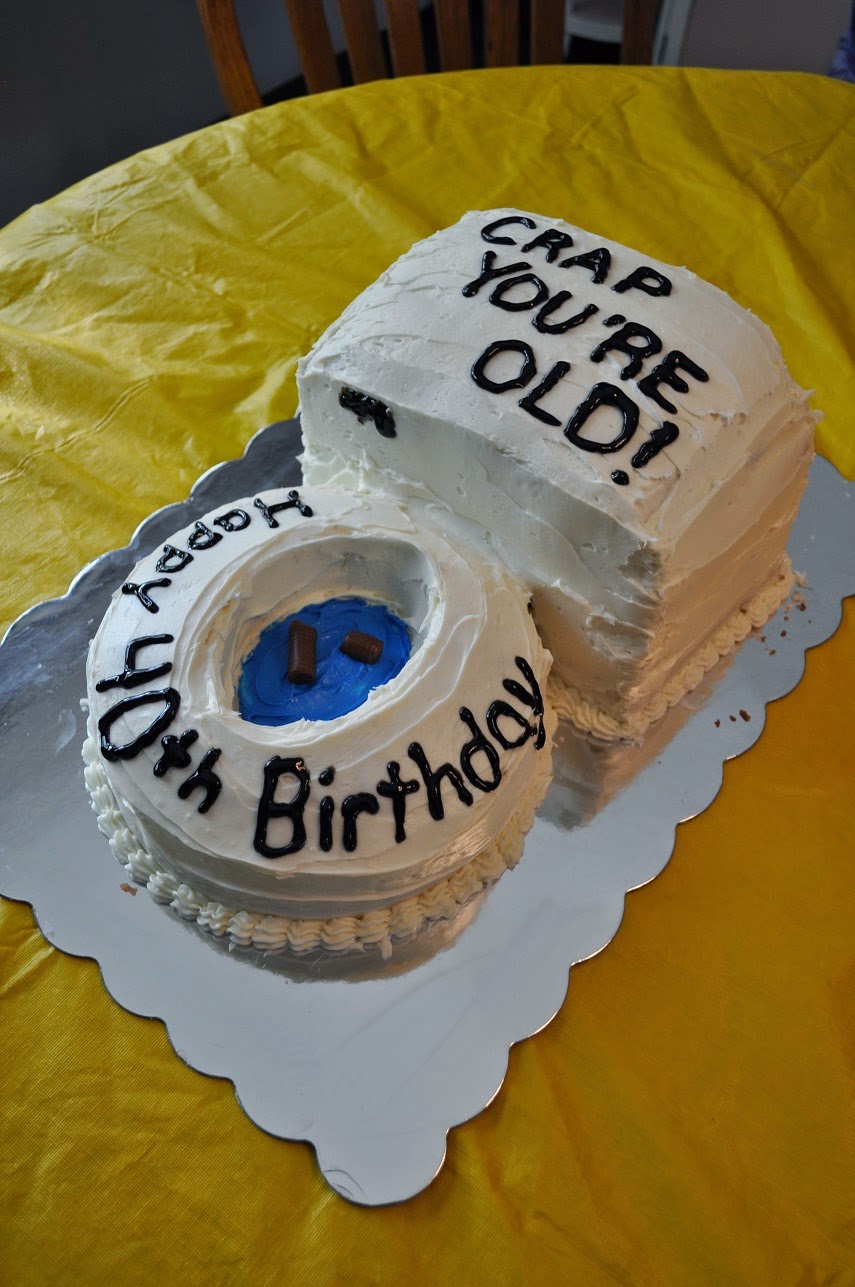 First, my daughter covered Daddy's eyes and I put the cake in front of him. 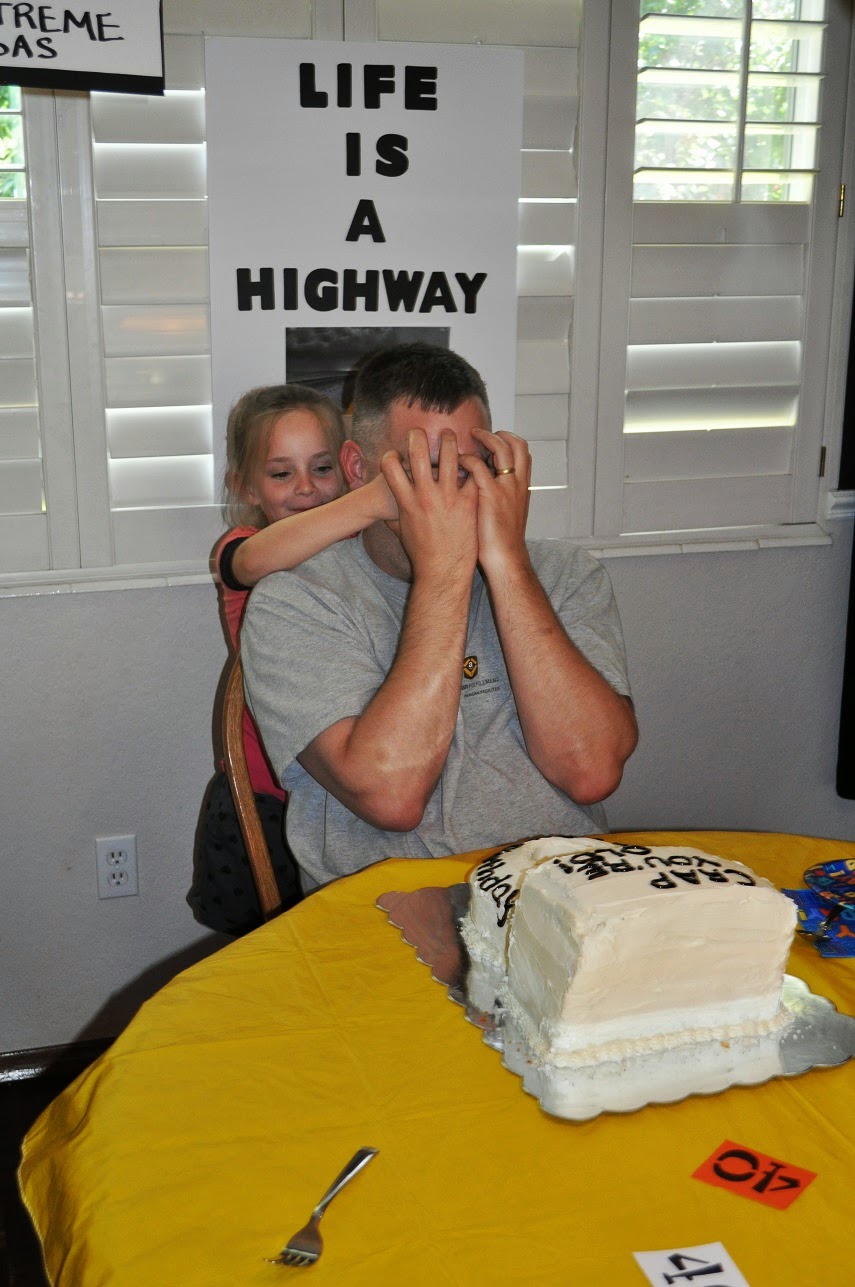 Then, he opened his eyes. His reaction was priceless. 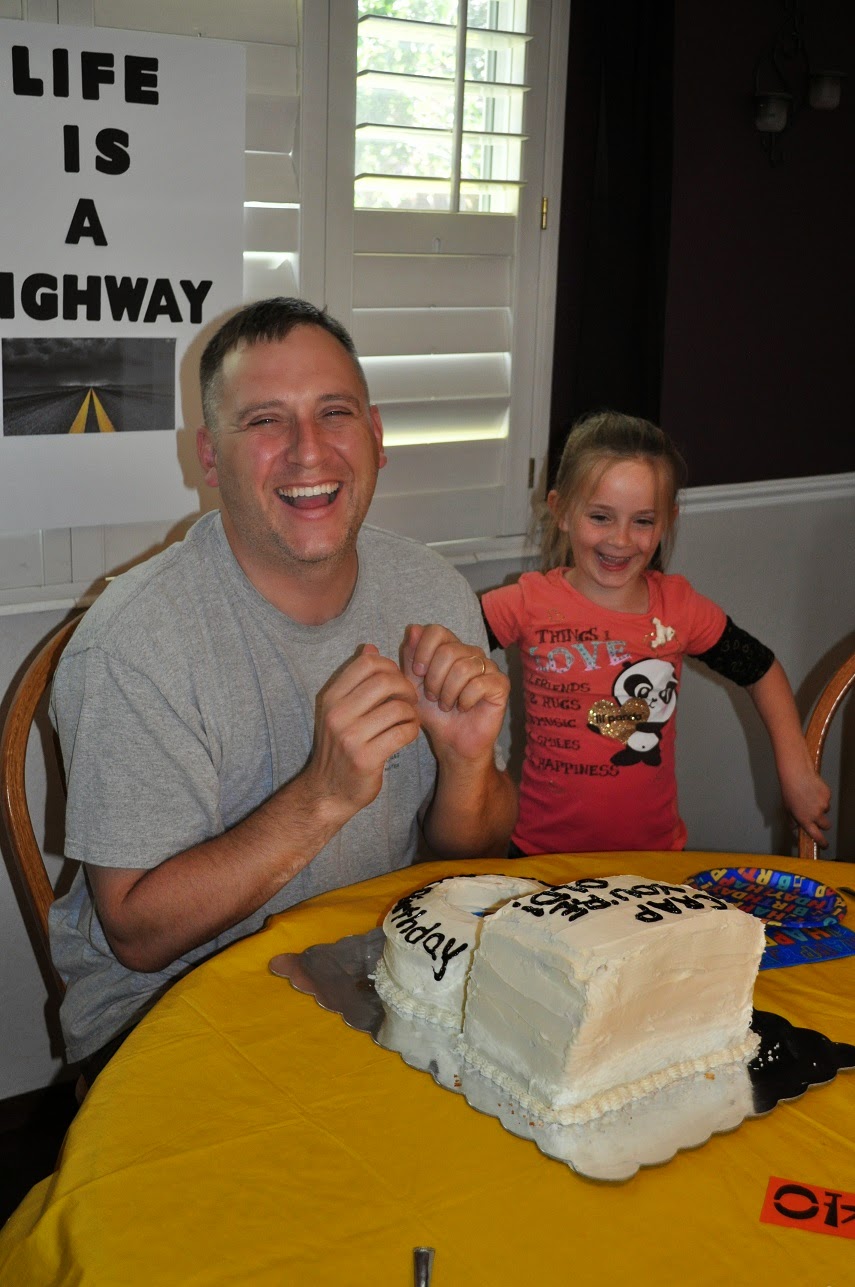 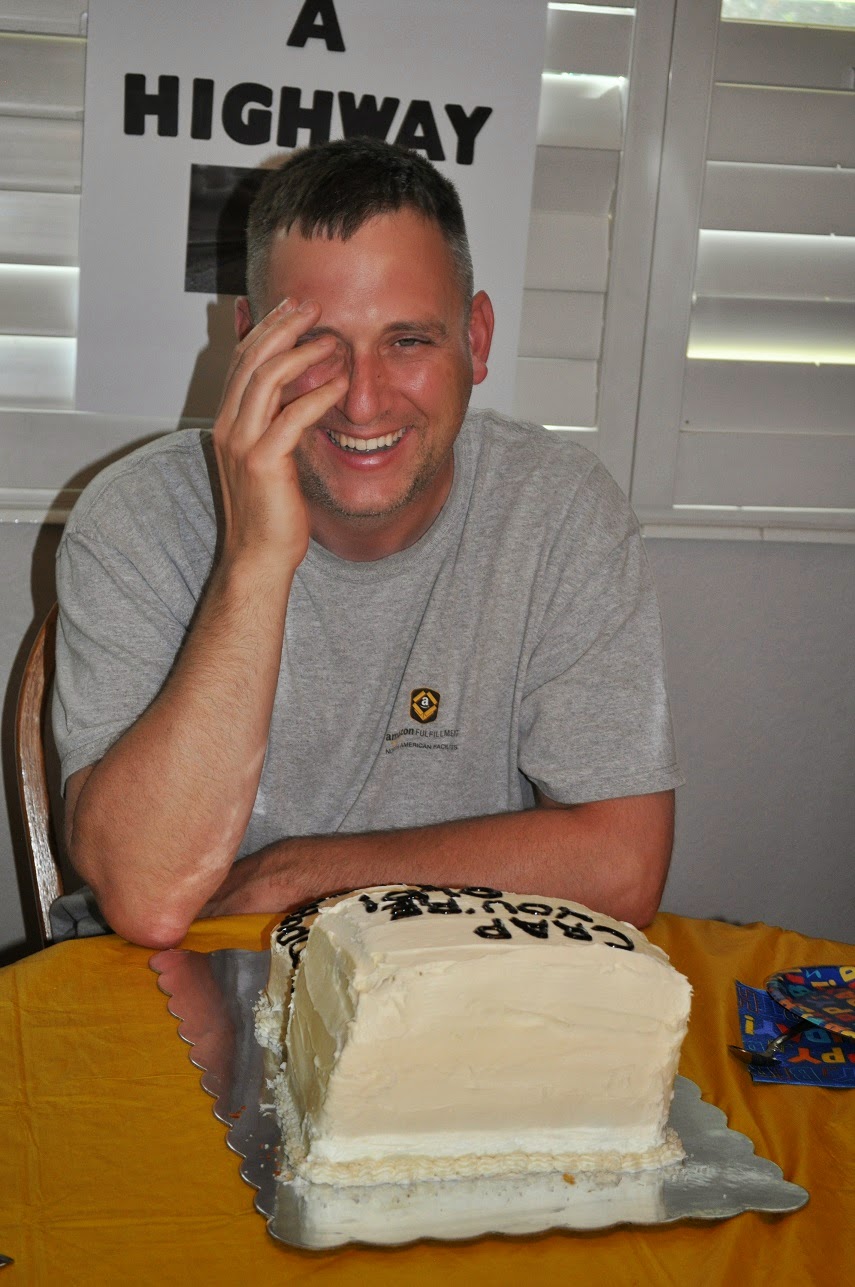 Celebrating 40 has never been so much fun! 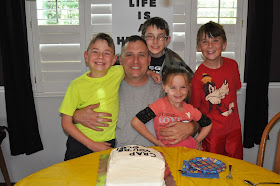 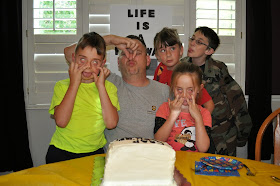 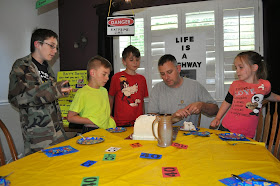